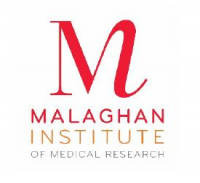 The decision to award a Nobel Prize to two leading immunotherapy researchers is recognition of the major impact immunology and immunotherapy is having in the fight against cancer says the Malaghan Institute of Medical Research.

On Monday the Nobel Prize in Physiology or Medicine was awarded to James P Allison of the United States and Tasuku Honjo of Japan for their ground-breaking work in cancer immunotherapy, which has revolutionised treatment for a variety of cancers.

Director of the Malaghan Institute of Medical Research Professor Graham Le Gros says the Nobel Prize not only recognises their significant individual contributions to the field of but the extraordinary potential and impact of immunology and immunotherapy research underway worldwide.

“Immunology is the future of human health. As we better understand how our immune system works, and how it can be harnessed to fight disease, we’re poised for new, gentler and more effective treatments for cancer and many other debilitating ” says Prof Le Gros.

The Malaghan Institute is New Zealand’s leading immunology research institute with a focus on breakthrough discoveries in the field of immunotherapy.

“As knowledge of our immune system has grown exponentially, the Malaghan Institute has contributed to the global field of immunotherapy and helped lead the way in bringing cancer immunotherapy into the frame in New Zealand, so that today it is a standard of care in hospitals,” says Prof Le Gros.

“At the Institute, in parallel with our research into the mechanisms behind cancer, tumour growth and survival, our focus is on developing technologies that stimulate strong immune responses against cancer cells, including CAR T-cell therapy, which we are preparing to trial in a clinical setting in the near future.”

“This is an exciting time for immunology and immunotherapy research. The ability to switch the immune system on and off in a range of settings will take us to unexplored frontiers in the fight against a wide range of diseases.”

About the Malaghan Institute of Medical Research

The Malaghan Institute is New Zealand’s leading independent biomedical research institute. For more than 50 years we have been delivering cutting-edge medical research, advancing understanding of the underlying causes of disease with the goal of finding new options for treatments and cures.

We believe that the key to prevention, treatment and ultimately finding cures for many illnesses and diseases lies in understanding and harnessing the power of the immune system. Our internationally-recognised research programmes are driven by a talented team of New Zealand’s brightest and most creative scientists, doctoral students and postdoctoral fellows. www.malaghan.org.nz

+ Text Size -
Do NOT follow this link or you will be banned from the site! Original generation time 1.8983 seconds.