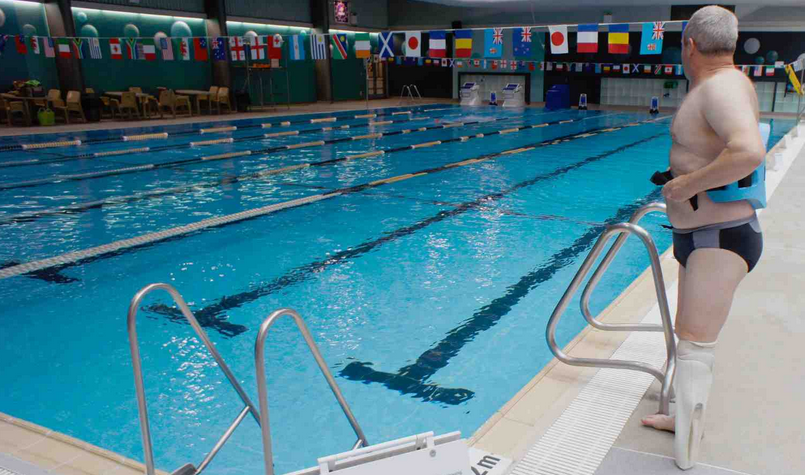 For his Master’s research, Stuart focused on restoring balance for trans-tibial amputees while swimming—a solution that would improve accessibility and enjoyment, and make it easier for those with below-the-knee amputations to exercise.

Stuart decided to take on their challenge and create the world’s first 3D printed swimming prosthesis, which is now reproducible for other amputees.

It was this project that introduced Stuart to the medical design field, where he found his passion for working in human centred design, a field he says helps people to solve issues.

“I love having the opportunity to improve someone’s life through my designs. In this case that meant recreating symmetry throughout the body that is lost due to amputee’s imbalance in water.

The initial 3D printed prototypes reduced the time it took one of his participants to swim five lengths by 30 percent, by recreating body symmetry for the swimmer.

Stuart also identified that for below-the-knee amputees it wasn’t only swimming that was difficult, but getting in and out and walking around the pool was an important consideration.

He created a special supporting sleeve for the prosthetics, allowing people to walk independently to and from the pool—an addition that has enabled and enriched recreational sport for amputees.

Stuart says that throughout his time at Victoria he enjoyed how his lecturers at the School of Design strived to introduce students to real-word industry partners, giving students the opportunity to solve problems in their communities.

Research into 3D printed prostheses is still underway at Victoria but Stuart is on to the next stroke of his career as he heads off to Germany to further his research in medical development.

During his time at Victoria, Stuart was supported by the School of Design's research group MADE (Multi-Property Additive-Manufacturing Design Experiments) supervisors Tim Miller and Bernard Guy and the New Zealand Artificial Limb Service.

+ Text Size -
Do NOT follow this link or you will be banned from the site! Original generation time 1.3171 seconds. Cache Loaded in: 0.0257 seconds.