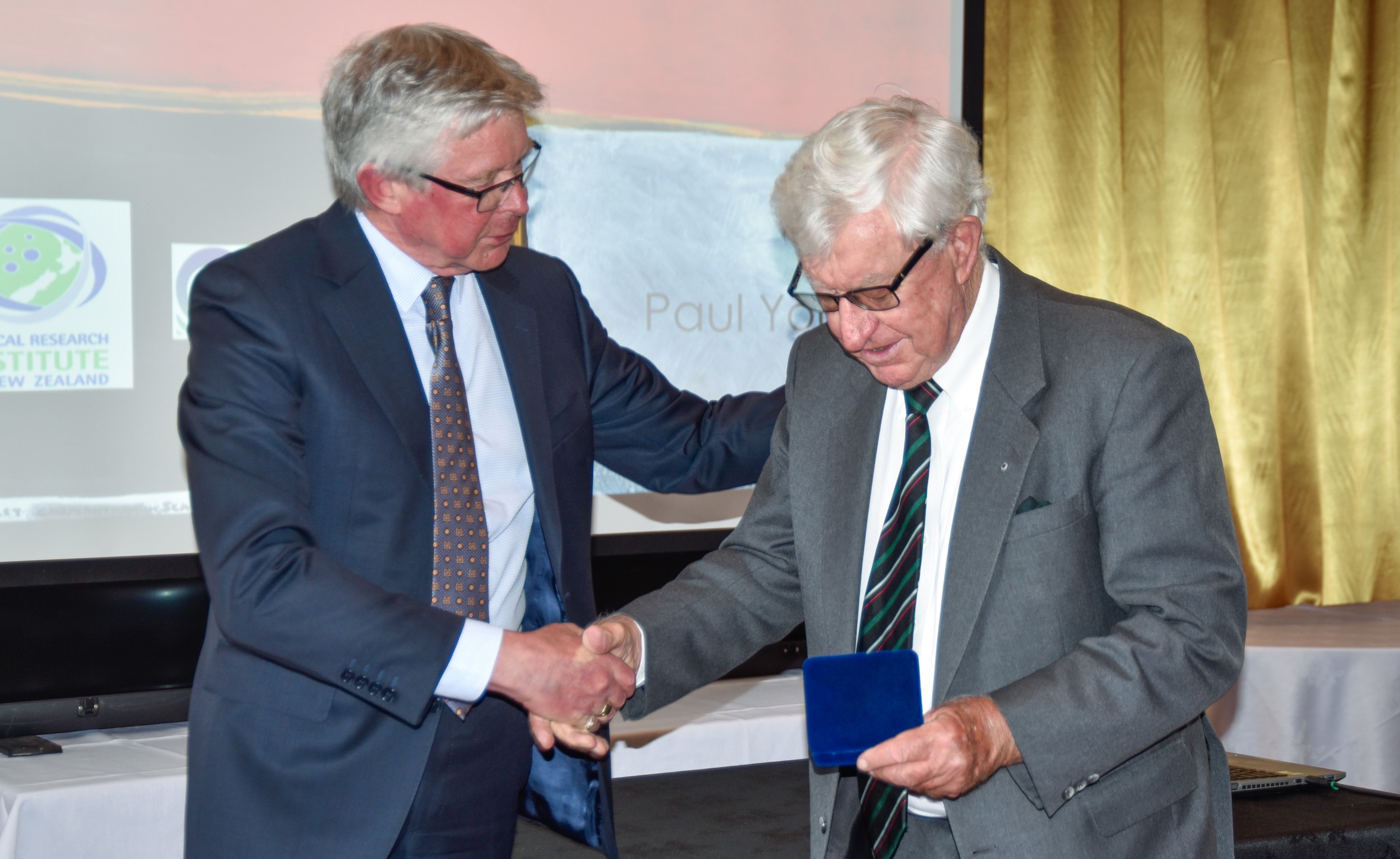 Last week we learnt of the death of David Gault. David is pictured above receiving a medal in 2018 from then-President Professor John Nacey, to mark being made an Honorary Life Member of Research For Life.

David freely and willingly served our organisation from 1992-2017 as Honorary Solicitor.

Research For Life acknowledges and very much appreciated the contribution David made during those years on several challenging legal issues we had to address.

We extend our condolences to his family at this sad time.

+ Text Size -
Do NOT follow this link or you will be banned from the site! Original generation time 2.0730 seconds. Cache Loaded in: 0.0374 seconds.