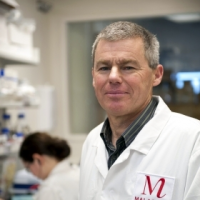 The Malaghan Institute’s ambitious plans to establish a platform for CAR T-cell cancer therapy has got the backing from the New Zealand government in a funding deal announced today.

The Ministry of Business, Innovation and Employment’s Partnership Scheme will contribute up to $4.9M over 5 years – 40% of the estimated cost – to help establish CAR T-cell manufacturing in New Zealand and develop new CAR T-cell therapies for clinical use.

The Malaghan Institute has previously announced its partnership with the Hunan Zhaotai Medical Group in China to develop and trial a new third-generation CAR T-cell therapy in New Zealand. This treatment has the potential to offer benefits over existing second-generation CAR T-cells currently licensed in the US, Europe and Australia. The organisations have formed a joint venture – Wellington Zhaotai Therapies Limited – which retains international rights for the construct outside China.

Malaghan Institute General Manager Mike Zablocki says the co-funding is a clear signal from the government that it sees a big future for human immune therapy – for both the health and wealth of New Zealand.

“This is a growing, high tech, knowledge-intensive sector. This partnership funding will help transform our existing plans for a single phase I trial – already well underway – into a highly focused program of expanding economic opportunity for New Zealand.

“We expect clinical trials to enable early access to CAR T-cell therapy for New Zealanders, and to establish the local manufacturing capability and regulatory processes needed for these personalised treatments. We hope this will reduce the barriers to entry for similar therapies and ultimately improve access to effective new cancer treatments for all New Zealanders.”

Mr Zablocki says support from the community, including through the Freemasons CAR T-cell Research Programme, the Lion Foundation, the Thompson Family Foundation, Keith and Faith Taylor and David Downs’ Down with Cancer programme has been, and will continue to be, critical to the success of its CAR T-cell programme and the Institute’s ability to explore new frontiers.

“The trials aim to demonstrate the competitive advantage of our therapy with a view to securing an industry deal to capitalise further research and development in New Zealand and get this type of treatment into New Zealand hospitals.”

“Government has understood the potential of immunotherapy for a long time, and that has helped secure this partnership funding.

“This is an exciting new future with our Chinese partners where innovative, cutting-edge new technology is being generated and where New Zealand has the opportunity to form exciting new international partnerships that could be a pathway for the nation’s economic development.”

+ Text Size -
Do NOT follow this link or you will be banned from the site! Original generation time 1.2977 seconds. Cache Loaded in: 0.1172 seconds.