NEWS RELEASE: 17 May 2016 - Department of Medicine University of Otago, Wellington 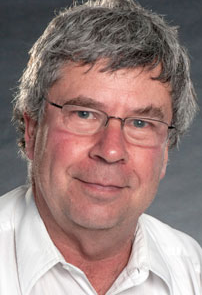 A study by researchers at the University of Otago, Wellington shows that smokers who used a nicotine inhaler were twice as likely to quit smoking as smokers using a placebo inhaler.

The results of the New Zealand study funded by the Health Research Council have been published today in the journalNicotine and Tobacco Research.

Study team leader Professor Julian Crane from the University of Otago, Wellington, says the findings are the first evidence that inhaled nicotine from a simple standard inhaler is highly effective and substantially increases a smoker’s chances of quitting compared to the best current nicotine replacement treatment.

Although there is considerable interest in the use of e-cigarettes to help smokers give up tobacco, many countries, including New Zealand, are hesitant to introduce these to the market especially as they are largely unregulated and untested.

“There is considerable debate about whether inhaled nicotine is helpful for people who wish to stop smoking,” says Professor Crane.

“This is the first study to show that inhaled nicotine from a metered dose inhaler in the context of a smoker wanting to stop doubles their chances of quitting.”

The nicotine inhaler gives a metered dose of nicotine and offers an alternative therapeutic option for inhaled nicotine using a standard device that has been used for many decades for treatment of asthma.
“But unlike electronic cigarettes, the inhaler has no physical associations to smoking itself,” he says.

“It also has benefits in that it is much less likely to be used inappropriately to administer other drugs given that it is a completely sealed unit,” notes Professor Crane.

“New Zealand has been a world leader in tobacco control public policy and this new home-grown development offers a world-first opportunity to help the 80% or more of smokers who want to quit achieve their aims,” he says.

The researchers are currently looking at how to make the inhaler available to all smokers who would like to use it.