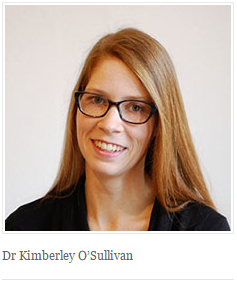 A new study from the University of Otago, Wellington has found that retrofitting insulation to current 2008 standards in existing houses reduces hospitalisation rates for all children by six percent. Department of Public Health researchers analysed data from the Warm Up New Zealand programme and found that hospitalisation rates for children in households where any member carried a Community Services Card were reduced by 12 per cent.

“Our research showed that Warm Up New Zealandinsulation retrofits reduced hospitalisation for children living in private rental housing by 19 per cent,” she says.

The article in the online journal People, Place and Policy by Dr Kimberley O’Sullivan, Dr Barnard, Helen Viggers, and Professor Philippa Howden-Chapman at He Kainga Oranga/Housing and Health Research Programme explored the evidence that children and young people are at risk of cold housing and fuel poverty.

Around 25 per cent of New Zealanders experience fuel poverty, or are unable to afford adequate energy and electricity for their household, but the available evidence suggests that children are at increased risk.

“We found that 4.6 per cent of single parents with children reported using no heating in the 2013 Census,” says Helen Viggers.

Professor Philippa Howden-Chapman says that these findings highlight the need for a mandatory rental Warrant of Fitness (WoF).

“We recommended that the proposed changes to the Residential Tenancies Act were strengthened to current 2008 standard insulation and include effective heating, both proven to be cost-effective measures to improve health, and particularly child health,” Professor Howden-Chapman says.

“Our proposed stronger changes, as well as the Minister for Building and Housing’s marginal changes, both require the continuation of the highly successful Warm Up NZ programme. However, this programme is currently scheduled to terminate in June 2016, which would seriously jeopardise either policy. Insulation providers, landlords and the public urgently need absolute assurance that this proven social investment will continue until this important job to make our houses warmer, drier and easier to heat, is completed,” she says.

“Last week the Minister of Building and Housing Nick Smith announced minor improvements to the changes proposed for the Residential Tenancies Act. These will require that any insulation improvements will only apply to rental properties without any insulation, or homes with existing insulation in ‘unreasonable condition’, to meet the current 2008 Building Code. These changes are a start, but leave the majority of the rental stock with insulation still at the much lower, inadequate 1978 standard,” Professor Howden-Chapman says.

“The Minister has described his proposed changes to the Residential Tenancies Act as a ‘pragmatic package’. We disagree with the Minister that we’re avoiding ‘excessive’ cost to landlords by accepting that rental insulation can be at a lower-standard than new homes when we have strong evidence to show insulating rental housing to 2008 standards keeps children out of hospital,” Dr Kimberley O’Sullivan says.

“It’s time to start putting the health and well-being of children at the forefront of policy decisions,” Dr O’Sullivan says.

For more on the research of He Kainga Oranga/Housing and Health Research Programme seewww.healthyhousing.org.nz

+ Text Size -
Do NOT follow this link or you will be banned from the site! Original generation time 1.7051 seconds. Cache Loaded in: 0.0576 seconds.