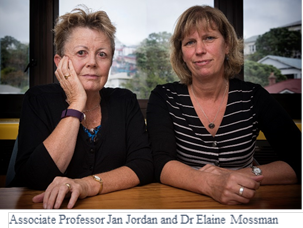 Two Victoria University of Wellington researchers say addressing violence against women should be a “national priority” and are advocating increased funding to extend a successful self-defence programme.

Their call comes after an independent study of the Women’s Self-Defence Network—Wāhine Toa—which has been running self-defence courses for women of all ages throughout New Zealand since 1988.

The research project, ‘Skills for Safety’, was conducted by Victoria’s Associate Professor Jan Jordan and Dr Elaine Mossman and funded by the Ministry of Social Development, and launched at Parliament today by Justice Minister Hon. Amy Adams.

Associate Professor Jordan says the results of their research—based on eight months of surveys, interviews and focus groups—were an “unusual evaluation experience in that the feedback we received was so consistently positive”.

Results showed all elements of the programme, from teacher quality to course content, were all “very highly regarded and successful” by participants, their school teachers and guidance counsellors, as well as associated groups such as Women’s Refuge, Rape Crisis, migrant support agencies and court workers.

The researchers are now advocating for increased and guaranteed funding to enable more girls and women to take part in Wāhine Toa.

Associate Professor Jordan says: “Intimate partner violence, sexual violence and child abuse is a major problem in New Zealand with serious, and sometimes fatal, consequences. Unfortunately, it’s a problem that we don’t always want to acknowledge. We know at least one in four females are likely to experience sexual violence or abuse in their lifetimes, and we know these incidents typically go unreported.

“Our research shows that these programmes are highly effective, and top of our list of recommendations is for Wāhine Toa to secure increased and guaranteed funding.”

“Increased funding would mean more girls and women could be reached. It would also reduce the reliance on the self-defence teachers having to subside their work in order to ensure effectiveness. We heard of teachers spending their own time and money collecting participants in rural areas and unable to arrange transport, so they could attend classes.”

The report and executive summary can be viewed online.

+ Text Size -
Do NOT follow this link or you will be banned from the site! Original generation time 1.4851 seconds.