Marine natural products are a good source of potential new therapeutic drugs to treat diseases like cancer, Alzheimer’s, and multiple sclerosis.  Our laboratories are studying the mode of action of novel marine drugs from Pacific waters.

We are investigating the action of microtubule-stabilising agents (MSAs) on cell growth.  MSAs prevent cell division by blocking the function of the cytoskeleton of the cell that is essential for separation of the chromosomes during mitosis. Cancer cells and immune cells (involved in the autoimmune disease multiple sclerosis) are more susceptible than normal cells because of their rapid proliferation.  In neurodegenerative diseases, the stabilisation of the microtubules in the nerve axon has been shown to prevent axon degeneration.

Studies on peloruside A in the last year have shown how cancer cells develop resistance to the drug by mutating their tubulin genes and modifying the composition of their tubulin isotypes and intermediate filaments, like vimentin.  We have also examined the anti-angiogenesis effects of peloruside and shown that peloruside induces senescence in cancer cells, thus potentially reducing both tumour vascularisation and cell proliferation, respectively.  Working with Industrial Research Limited and Glycosyn, we are continuing to seek a method of producing gram quantities of peloruside to complete its initial testing on tumour xenografts in immunodeficient mice.  Initial tests were very promising for further development as an anti-cancer drug (Fig. 1). 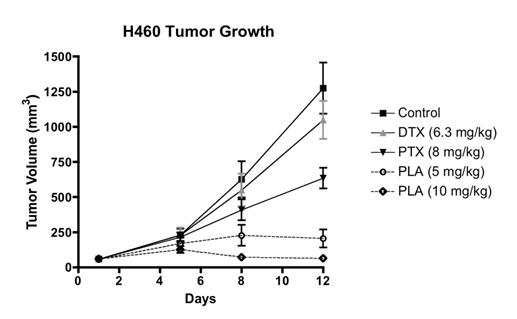 In addition to its anti-cancer effects, we have shown that peloruside effectively reduces axonal degeneration in an okadaic acid-treated cell model of Alzheimer’s disease.  Using newborn rat cerebral cortical neurons in culture, treatment with the phosphatase inhibitor okadaic acid causes increased expression of phosphorylated tau protein, an Alzheimer’s phenotype, that leads to collapse of growth cones and axons.  Treatment with paclitaxel or peloruside reverses the extent of the axon regression.  This is promising for development of MSAs for treatment of neurodegenerative diseases.

A second MSA under development in our laboratory is zampanolide, also isolated from a marine sponge.  In a recent paper in Chemistry & Biology, we report that zampanolide is a potent stabilising agent at nanomolar concentrations and binds covalently to its target protein tubulin.  Mass spectrometry demonstrated that the mechanism of action involved covalent binding to β-tubulin at residues N228 and H229 in the taxane site of the microtubule where the clinical therapeutic drug paclitaxel binds.  Alkylation of N228 and H229 was also detected in α,β-tubulin dimers, demonstrating conclusively that that the taxane site exists in the tubulin dimer prior to its polymerization into microtubules.  Covalent binding has obvious implications in preventing the metabolism or excretion of zampanolide and also suggests that drug efflux pump resistance would be ineffective in preventing the action of zampanolide.

Working with Associate Professor Paul Teesdale-Spittle and a research group from the University of Wollongong in New South Wales, Australia, we are also investigating the mode of action of the isatins, a group of N-alkylisatin-based tubulin targeting agents, also isolated from marine sponges, that have dual activity, acting as microtubule-destabilising agents as well as protein kinase inhibitors (Fig. 2).  We are using chemical genetic profiling in the yeast Saccharomyces cerevisiae to determine the genetic interactions and networks involved in the primary and secondary modes of action of the compound.  Using structure-activity relationships, our goal is to design compounds with fewer side effects and both single and dual primary activity.  We also plan to identify the tubulin binding site of the isatins, using site-directed mutagenesis of the tubulin gene.

In addition to the tubulin-targeting agents, we are looking at the cytotoxic activity of two other newly discovered natural products, the labillarides (oxylipins) and the hamigerans (brominated terpenes), the first isolated from a microalga and the second from a sponge Fig. 2).  The hamigerans, which have a chemical structure somewhat similar to steroids, are being tested by chemical genomic profiling in the yeast to determine the genetic interactions and networks involved in its mode of action.

+ Text Size -
Do NOT follow this link or you will be banned from the site! Original generation time 1.4695 seconds. Cache Loaded in: 0.0484 seconds.