Pain is a normal physiological response mediated by the nervous system and is the most common reason for doctor visits costing an estimated $100 billion annually in the US alone.  Post-operative pain, chronic pain and pain resulting from cancer and arthritis, particularly in the context of New Zealand’s aging population are a major economic burden to New Zealand, and negatively impact on the quality of life for pain sufferers.  Current gold-standard anti-pain drugs such as the predominately Mu opioid, morphine, while effective at controlling severe pain is also addictive, exhibits tolerance after repeated use, causes respiratory depression and constipation. Therefore more effective anti-pain pharmacotherapies with reduced side effects and lower abuse potential would be of enormous benefit to millions of people.

The aim of this study was to evaluate novel cannabinoid-like lipids for anti-pain and anti-inflammatory effects in mice with the long term goal of identifying and developing more effective pharmacotherapies to treat pain and inflammation.  Using the formalin intradermal injection footpad model of acute pain we evaluated phase 1, nociceptive pain, and phase 2, inflammatory pain, following local administration of DHEA into the footpad prior to the induction of inflammation by formalin.  We show that DHEA (2 mg/kg) significantly decreased both phases of pain following local administration.  This was matched to a significant decrease in footpad swelling from a 2.4 ± 0.5 fold change in swelling in vehicle/formalin treated mice to a 1.1 ± 0.1 fold change in DHEA/formalin treated mice (data normalised to vehicle/vehicle treated controls and shown as mean ± SEM).  This indicates that DHEA modulates inflammatory responses and returned inflammatory responses to basal vehicle control levels (*p<0.05 DHEA+formalin compared to positive pain (vehicle + formalin), one-way ANOVA with Tukey’s post-hoc test (n=6-9 per group)).  Footpad tissue is currently being evaluated for inflammatory markers, including quantification of neutrophils.

Often cannabinoid-like lipids are rapidly degraded and short acting.  To test whether DHEA was able to act at peripheral sites we also evaluated the effects of DHEA following intraperitoneal administration in the formalin intradermal injection footpad model (DHEA; 2 mg/kg/ip).  We showed a significant decrease in both phases of pain following intraperitoneal administration of DHEA in mice (Fig. 1) ((***p<0.005 compared to positive pain; Two-way repeated measures ANOVA).  This decrease in pain behaviour was matched to a significant decrease in oedema by 73.3% ± 21.8 % in formalin/DHEA treated mice when compared to formalin/vehicle treated mice.

In addition to measurements of inflammatory pain we also evaluated the ability of DHEA (2 mg/kg) to modulate responses to thermal stimuli in the warm water tail withdrawal assays, a measure of centrally mediated thermal reflexes.  No significant modulation of thermal pain was seen with administration DHEA (2 mg/kg/ip).  Because cannabinoid-like lipids have potential sedative effects we also evaluated the effects of DHEA (2 mg/kg/ip) on motor coordination using the rotarod test in mice.  The average latency to fall was taken at baseline and at 5, 10, 15 ,20, 30, 45, 60, 90  and 120 min and no differences were seen between control and DHEA treated mice at any time point (p>0.05; Two-way repeated measures ANOVA with Bonferroni post-test).  Administration of DHEA also had no significant effect on core body temperature compared to the vehicle treated control (p>0.05; Two-way repeated measures ANOVA with Bonferroni post-test).

These data show that the novel lipid, DHEA modulates inflammatory pain in the mouse following both local and intraperitoneal administration and that these effects lasted for at least 30 min without causing sedation or motor incoordination.  These effects on pain are likely to be due to anti-inflammatory effects as no modulation of thermal central nervous system reflexes were observed.  Data from this study are currently being completed and will be written up for publication.  Data collected during this proposal has guided the evaluation of other novel lipids in their ability to modulate inflammatory pain which are currently under investigation.

Anti-pain and anti-inflammatory effects of DHEA 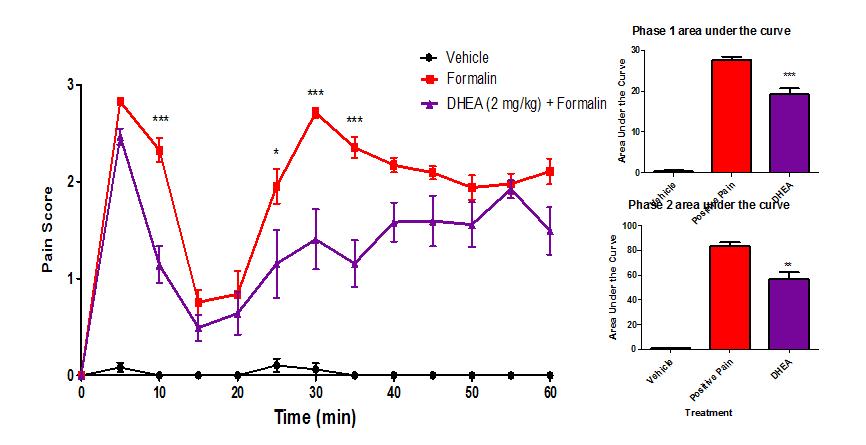 Fig. 1.  The formalin test for the intraperitoneal administration of DHEA.